The Peasant man is caring, but thrifty.

The Peasant archetype endows the character of a man with such qualities as frugality, patience, endurance, modesty and frugality. This is the most conservative archetype. His motto is: my home is my castle. Such a man drags everything into the house, into the family, makes supplies for the winter. 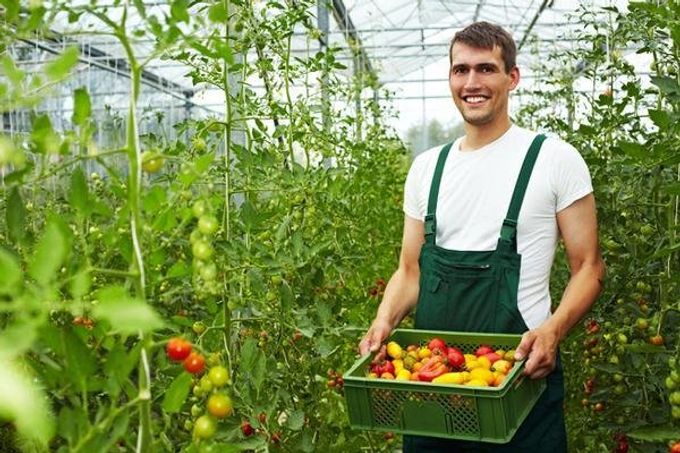 Being a business executive by nature, the Peasant archetype embodies respect for order in a man. He knows when to sow and when to reap. He knows where the mushroom places are in the forest, and from which side it is better to approach the hive. It is this archetype that makes a man a real farmer and family man.

As a rule, a male Peasant prefers to have his own house, in which there is a garden and living creatures. He can be engaged in agriculture, grain, livestock or poultry. The Peasant archetype is unmistakable. This is the most economic, frugal and pragmatic archetype. It can be compared to a hamster preparing for winter. He drags everything into the house, strengthens the facade, makes some blanks. The subconscious talents of the dominant Peasant archetype make a man an excellent agricultural specialist, farmer and businessman.

The shadow of the Peasant archetype is manifested in the inability to adapt to change, in the desire to follow traditions and rituals, complexes, rigidity in relationships with people and hostility towards others. Often this is facilitated by negative conditions in which a man realizes his archetype. The shadow also manifests itself in egocentrism, in the desire for prestige, and not for quality (what would be everything like people), attachment to material goods and values, as well as greed.

As the least mobile archetype, the Peasant tries to look for an equal couple. In courting a woman, a peasant man does not skimp. He is courteous and mannered. Especially if he really likes a woman. However, this is not the character who is able to shower a woman with flowers and gifts. In general, for him, it is much easier to propose to a woman somewhere in the hayloft than in an Armani suit on a luxury liner making a round-the-world voyage.

If such a man has decided in his intention to a woman, then he is ready to sacrifice a lot. The main thing is that a woman sees and appreciates these sacrifices. Otherwise, he will think that he is being used.

Not every woman can like such a man. In this respect, the Peasant man is similar to the archetype of the Wife-Mother, who seeks in a man not just a male, but, above all, a father for her children. For his part, the Peasant Man is looking for a mistress in a woman who will be moderately beautiful, smart, thrifty, hardworking, hardy, able to stand up for herself and her family. In this regard, he is usually attracted to the archetypes of the Queen, the Wife-Mother, the Witch and the Amazon in a woman.

At home, the Peasant man is usually predictable. The wife can know every nuance of his improvisation in family relationships, in communication with relatives, friends and neighbors.

When a man develops the Peasant archetype harmoniously, his predictability is transformed into stability. Such a man is always able to competently plan seed expenses. His family credo is to plant a tree, build a house and raise a son. At the same time, the wife can even occupy a position higher than him and earn more money. For him, well-being and order in the family are more important. And for this, he believes, everyone should apply their abilities and talents.

You will not find a more economical and frugal man. The Peasant archetype makes a man stock up for the winter. He is unlikely to take his wife to the Bahamas, rather, somewhere in Turkey. After all, the service is cheaper there. And the sunrises and sunsets are the same as everywhere else. He subconsciously looks into the future. And if he is lucky with his wife, then together they will look in the same direction. On the other hand, the wife always knows that they have reserves for a rainy day, and therefore she has nothing to fear from drought or crop failure. My husband has already taken care of everything.

For a Peasant, a family is like a seed. It should not only be planted in good soil. But you need to water it in time, and make sure that it grows strong and healthy. Only then will she be able to bring a decent harvest. And this is the goal of the realization of the Peasant archetype.